↑
Skip to the end of the images gallery

Skip to the beginning of the images gallery

Rating:
87% of 100
1 Review Add Your Review
$35.00
Hellboy works for the B.P.R.D., an international non-governmental agency, and for himself against dark forces including Nazis and witches, in a series of tales that have their roots in folklore, pulp magazines, vintage adventure, Lovecraftian horror and horror fiction. In earlier stories, he is identified as the "World's Greatest Paranormal Investigator". In 2011, Hellboy was ranked 25th of the Top 100 Comic Book Heroes by IGN.

Hellboy is a fictional superhero created by writer-artist Mike Mignola. The character first appeared in San Diego Comic-Con Comics #2 (August 1993), and has since appeared in various eponymous miniseries, one-shotsand intercompany crossovers. The character has been adapted into two live-action feature films in 2004 and 2008 that starred Ron Perlman in the title role, and two straight-to-DVD animated films, as well as three video games – Asylum Seeker, The Science of Evil, and as a playable character in Injustice 2. A film reboot starring David Harbour was released in 2019.

A well-meaning half-demon whose true name is Anung Un Rama ("and upon his brow is set a crown of flame"), Hellboy was summoned from Hell to Earth as a baby on October 5th (given as his birth date by Mike Mignola[1]) by Nazi occultists (spawning his hatred for the Third Reich). He was discovered by the Allied Forces; amongst them, Professor Trevor Bruttenholm, who formed the United States Bureau for Paranormal Research and Defense (B.P.R.D.). In time, Hellboy grew to be a large, red-skinned adult with a tail, horns (which he files off, leaving behind circular stumps on his forehead), cloven hooves for feet, and an oversized right hand made of stone (the "Right Hand of Doom"). He has been described as smelling of dry-roasted peanuts. Although a bit gruff, he shows none of the malevolence thought to be intrinsic to classical demons and has an ironic sense of humor. This is said to be because of his upbringing under Professor Bruttenholm, who raised him as a normal boy.

Hellboy works for the B.P.R.D., an international non-governmental agency, and for himself against dark forces including Nazis and witches, in a series of tales that have their roots in folklore, pulp magazines, vintage adventure, Lovecraftian horror and horror fiction. In earlier stories, he is identified as the "World's Greatest Paranormal Investigator".

This is Downloadable Product

More Information
Review(s) 1
Write Your Own Review
Size Chart
Sizing Charts
Measurements refer to average body size, not garment dimensions.
Wearing ease alters depending on style and fabric.
All measurements are in centimetres.
This chart is to be used as a guide.
Brand
Aloisius Brand 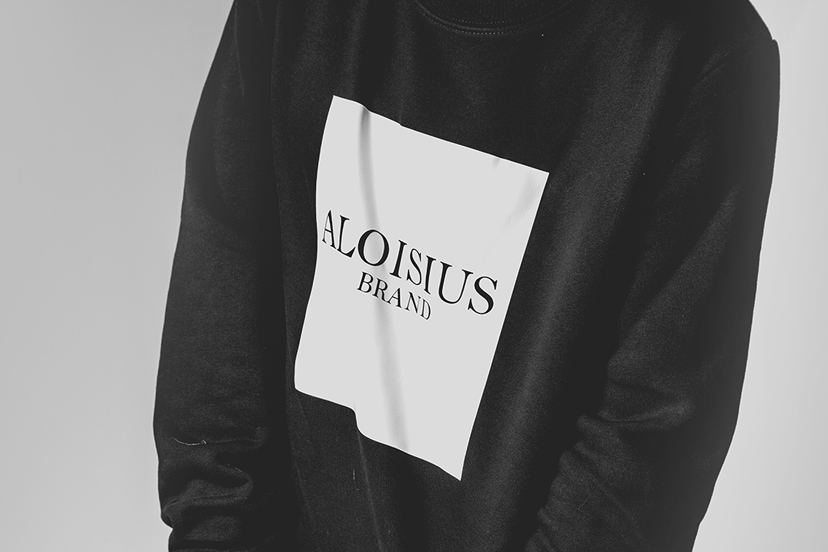 Lorem Ipsum is simply dummy text of the printing and typesetting industry. Lorem Ipsum has been the industry's standard dummy text ever since the 1500s, when an unknown printer took a galley of type and scrambled it to make a type specimen book. It has survived not only five centuries, but also the leap into electronic typesetting, remaining essentially unchanged. It was popularised in the 1960s with the release of Letraset sheets containing Lorem Ipsum passages, and more recently with desktop publishing software like Aldus PageMaker including versions of Lorem Ipsum.

The standard chunk of Lorem Ipsum used since the 1500s is reproduced below for those interested. Sections 1.10.32 and 1.10.33 from "de Finibus Bonorum et Malorum" by Cicero are also reproduced in their exact original form, accompanied by English versions from the 1914 translation by H. Rackham.

There are many variations of passages of Lorem Ipsum available, but the majority have suffered alteration in some form, by injected humour, or randomised words which don't look even slightly believable. If you are going to use a passage of Lorem Ipsum, you need to be sure there isn't anything embarrassing hidden in the middle of text. All the Lorem Ipsum generators on the Internet tend to repeat predefined chunks as necessary, making this the first true generator on the Internet. It uses a dictionary of over 200 Latin words, combined with a handful of model sentence structures, to generate Lorem Ipsum which looks reasonable. The generated Lorem Ipsum is therefore always free from repetition, injected humour, or non-characteristic words etc.